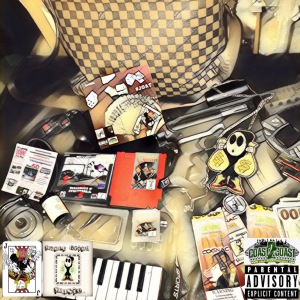 LeoVutton – Jack of All Trades (JOAT)

FOR IMMEDIATE RELEASE
On his rapid rise to the top of the rap game, the Gary rapper LeoVutton comes around with the release of “Jack of All Trades (JOAT)”, his latest mixtape, which will be available for download at the common platforms on 2019-05-22.
We took the chance to do a short interview with him to learn more about the motivation behind doing the record and the creation process of “Jack of All Trades (JOAT)”.
NuEraMixtapes: Thanks for taking the time to do this interview with us. You said it took you 2 months in total to record “Jack of All Trades (JOAT)”. What was the motivation behind it?
LeoVutton: JOAT is a 13 track mixtape on Coast2Coast mixtapes created to finalize my mixtape run. My goal is to refresh the consumers memory of keeping real HipHop alive. And to also show the people I do it all from producing to rapping.
NuEraMixtapes: You described your release as Classic with laid-back lyrics, your rap style is slightly comparable with Nobody’s sound. What makes you unique and how do you set yourself apart from other aspiring artists?
LeoVutton: I have created the only mixtape videogame within my other release 219Rumble3 mixtape videogame. The main objective was to create something that would stand out in a room full of artists, and also be a fun project to consume and show off my creativity

To me success is equivalent to accomplishing lifetime goals while being content with the choices you meant to complete!

What obstacles have you faced and overcome in the music industry so far?
LeoVutton: Trying to find myself within music and getting scammed by fake record execs. I just recently had an issue where someone from RCA was offering me a distribution deal but a real RCA exec told me the contact was a fake smh. Plenty more obstacles but I have overcame them all
NuEraMixtapes: Any shoutouts and credits to the fam?
LeoVutton: Shout out to my supporters! MGM Records the team! M aye C the other half of CreativBeats, my family and all the hatin mfs that try to throw their shots lol
Where can people download your mixtape?
LeoVutton: https://coast2coastmixtapes.com/mixtape/joat-jack-of-all-trades
Thank’s for your answers, keep grindin’.
NuEraMixtapes is an urban lifestyle and rap entertainment blog with a strong expertise in the underground hip hop music scene.


Want to get featured too? Apply here to get interviewed!