Below is a short interview with the upcoming underground artist Writer’s Guild (Bloody & Cypha Omni).

Writer’s Guild (Bloody & Cypha Omni): For me (Cypha Omni) it started with getting into cipher circles & open mics back in high school during the mid to late 90’s with the likes of XV, Carlton ’Inertia’ Wilson, D.E.L.P.H.I. & other amazing spitters. I was also heavy in the internet battle rap community during it’s infancy stages, being pushed by other dope battlers during that time to step your bar game up. Shout out to Fam Nice, M1sled, (Jack Daniels) MickeyFactz, Half Past 7, & so many others during that era of the early 2000’s for the mutual motivation. Everyone wanted to bring their best everyday & I was no exception to that. Great collab’s with countless great artists throughout the years.

”Bro keep doing what your doing. Pay others no mind!”

Yes we perform live. We just performed on Oct.11th headlining the ”Showcase of Icon’s” in Wichita, KS. Footage of the performance is on youtube.

”The rhyme has you seal my lines in a time capsule, retrieve in centuries later read it & still smash you” – Bloody Below is a short interview with the upcoming underground artist DONNY PESO’S.

DONNY PESO’S: ITS A HOBBY FOR ME THAT I INJOY THAT’S ALL IF I MAKE IT THIN SO BE IT IF NOT THIN OKAY

NO JUST MY LABTOP&MIC THAT’S IT

I JUST FREESTYLE OFF MY HEAD 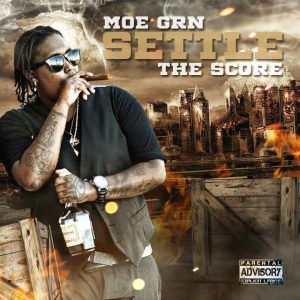 Featured artist: MOE GRN – When you figure out the Game You Win!!

Below is a short interview with the upcoming underground artist MOE GRN.

MOE GRN: I decided to become an Artist when I was real young. Having to entertain myself positively in a dis-functional family. Being in a hostile environment made me use my Imagination more.

”As I hit the Early Sun, gotta blow drum. Rapping like a got a Demon in my System.” Below is a short interview with the upcoming underground artist Sleep Skee.

Sleep Skee: I’ve Always Had A Thing For Music. When I Was Young I Use To Use Them Get 12 Cds For 1Cent Offers That Came And TV Guides?? I May Have Not Had Much But I Always Had The Latest Music!! Its Like I’ve Always Got Something To Say And I’ve Always Loved A Good Rhythm Or Beat.

Yes. I Play Live. I Actually Have A Show In Pittsburgh On November 22. So If Your In That City Be Sure To COm Out. You Can Find More Info On My Twitter Page (@SleepSkee). Below is a short interview with the upcoming underground artist Yung Ro.

Yung Ro: My pops own a popular tattoo studio, Black Pearl Gallery. I saw many celebrities like Nelly and even old school artist like Brand Nubian come get inked up by my pops. That sparked my interest and passion. I’m running the business now so art and music walk hand and hand. I added a recording studio in the rear. Were located in downtown St. Louis. I’ve been blessed to work with Grammy production teams like Da Business, Basement Beats, and TrakStarz. I believe that was the formula of me charting Billboard.

Be the best at your craft. Love what you do. And sharpen your talent.

I love to perform live. Besides being a tattooist and a artist. I’m a promoter for one of the hottest spots in the St. Louis area. Club Fifteen co owned by Baseball Hall of Famer Jim Edmonds.

I got a birds nest thats a lot of sticks, i stick her fast in zanotti sticks Below is a short interview with the upcoming underground artist Mousey.

Mousey: Since I was 14 I had an interest in rapping and did a few minor things around that age. Then a couple of years later one of my friends got me back into rapping and we did a few freestyles but nothing serious. Then this year inspiration struck due to some problems at home. My lyrics helped me work through this and then just as I was getting into the swing of it someone off my friends college course who i had met once or twice who produces music messaged me out of nowhere and he has a studio. so I got a song prepared and recorded it and since then i’ve been working on songs and I feel that I am improving my style with each song I do. I have gradually developed my voice and flow over the last 7 months and have just finished my 4th song.

Work on the way you deliver and flow your lyrics.

I haven’t yet but I would like to when I have more material.

Flow developing editing my sentences, not Eminem But Talent is Eminent. Below is a short interview with the upcoming underground artist Tryllboi.

Tryllboi: What really inspired me to become an artist was my love for music and entertainment.